Earlier this week Apple announced OS X Mountain Lion which brings closer unity between itself and iOS for mobile. Both in user experience and—sadly—user interface.

I can’t say I’m particularly excited about upgrading to OS X 10.8. The heavily stylised and textured design already looks tired on mobile apps, now we have the pleasure of it on the big screen. 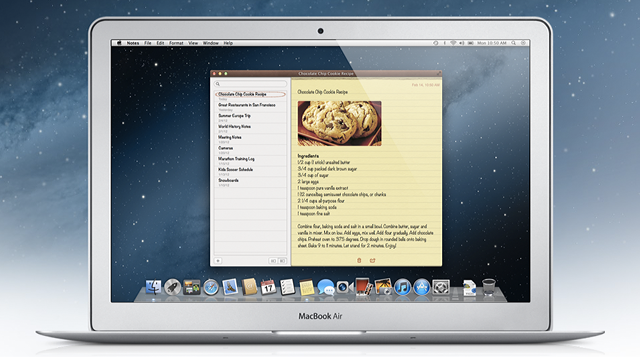 Meanwhile, Microsoft blogged about Redesigning the Windows Logo, a task undertaken by **Pentagram **(read their take on the logo project). Not very exciting either but it does demonstrates a huge commitment to their evolving Metro design language for which, as a whole, I’m a big fan.

It was important that the new logo carries our Metro principle of being “Authentically Digital”. By that, we mean it does not try to emulate faux-industrial design characteristics such as materiality (glass, wood, plastic, etc.).

If it wasn’t for the incredibly cheesy “Authentically Digital” line I’d say that was a deservedly accurate jab at Apple. I make no comment on how usable either system will proved to be, I only note that Microsoft find themselves in the unusual position of taking a refreshing step forward in UI design, while Apple seem hell-bent on designing themselves into a tediously well veneered corner.

Last year I highlighted several challenges we’ll face in web design for 2012 with a side note on why we must avoid the Apple influence and instead pay more attention to Microsoft, however untrendy that may be. I also wrote Resolution Independence for Smashing Magazine to primarily champion further scalable graphic usage on the web.

Some may argue that Apple’s design philosophy is about creating the perfect user experience across all devices. Something Metro also aims to achieve. If that were true then surely the web cannot be overlooked? Shipping hundreds of kilobytes of UI graphics is a problem. A problem that doubles in size when you consider continuing rumours of the inevitable super high-res displays. This time it’s 2048×1536 for the iPad 3. You may have noticed how crappy raster graphics look when pixels are doubled up. We already have mobile phones that hit 300PPI. We can get away with providing high-res logos but full websites are an issue. If you’ve ever visited iCloud.com you’ll see what I mean. It hits 1mb per page and most of the graphics aren’t yet suitable for high-res. Bandwidth is a bottleneck that won’t go away.

What does all of this mean?

Apple do not care about the web. They’re creating a digital world in which everything is client side and native. They’ll happily make use of web technologies when it suits (iBooks for example), but the web as a platform? Not for Apple. Is that approach wrong? Not necessarily, I could not say, but it’s something us web designers need to recognise and not replicate.

Oh, and like me you were probably pissed off by John Naughton’s incredibly ill-informed Graphic designers are ruining the web piece in the Guardian but he does stumble around some genuine points. He just fails to articulate reasoning for either side.