Smashing Magazine’s The Mobile Book is due for dispatch soon. Having had the opportunity to read it I’ll cut to the chase for those deliberating a purchase: it’s well worth the cover price. The e-book edition is a steal! 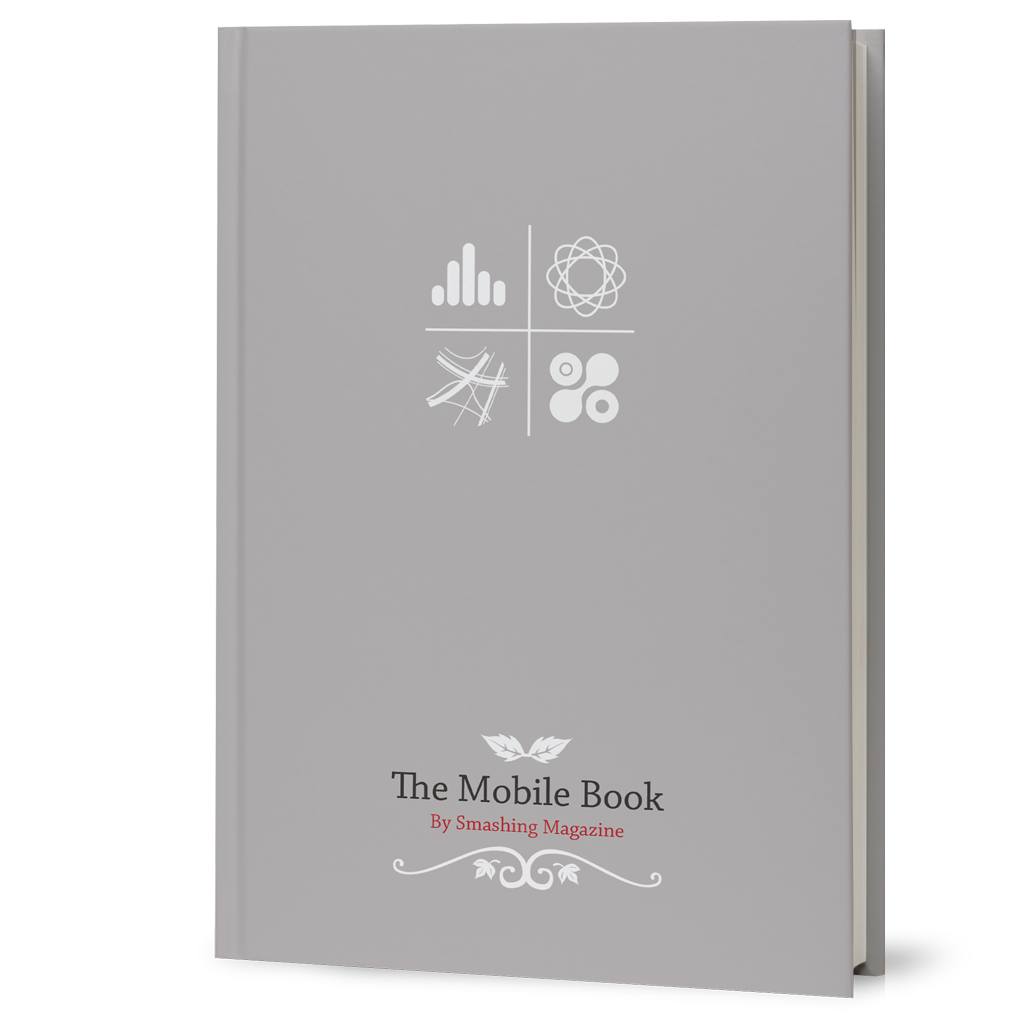 Let it be known that this book goes beyond designing for the Web. The core themes are mobile and connectivity. These seemingly simple ideas — introduced in chapters by Peter-Paul Koch and Stephanie Rieger, respectively — widen the discourse to encompass a greater technological landscape. Perhaps uncomfortably so; our little web buddle is bursting. It will either be side-lined entirely, or prove to be the element that connects everything.

“Differentiation” is the positive way of looking at this process, while “fragmentation” is the negative way. The word you use depends on whether you think it is a good idea.

Peter-Paul Koch sets the mobile scene by outlining the evolving business models behind mobile operators, device manufacturers, and OS vendors. He summarises a three-way war of attrition and provides insightful rational behind the state of mobile and what we should expect. He then hits us with the reality of what this means for web development. A point reiterated throughout this chapter is the locality of statistics. Data outside of our client’s logs is rarely useful. I won’t paraphrase his further sage advice, you need to read that for yourself.

Most of the technologies we will encounter in the decades to come are already here, just waiting to be discovered and experimented with by a whole new generation of designers and developers.

Stephanie Rieger explores the connected world. The Internet of Things and the technologies that drive it. Parallels are drawn to indicate how the Web may intertwine itself with this future, raising the question: just how recognisable will the Web become from today’s experience? Right now it’s — for the most part — a mere digital translation of printed media. A few bells and whistles but nothing revolutionary. Compare that to the Web’s potential in a future of ubiquitous connectivity and your mind will be racing for many late nights to come.

Follow these wonderful openers, The Mobile Book takes a turn into more familiar territory. Trent Walton, Brad Frost, and Dave Olsen collectively summarise a complete (as possible) set of the latest ideas, techniques, and principles surrounding responsive design. A nice mix of code and theory. If your build skills are a little outdated, between Trent and Brad you’ll learn much to reinforce your responsive foundations.

Being so immersed in this subject on a day-to-day basis and regularly contributing, it’s difficult not to feel fatigued reading lengthy overviews — but that is in no way critical of the authors. Whatever your level of engagement there are details here worth referring back to. Read closely.

I would highlight Dave Olsen’s chapter on “Optimizing For Mobile” as the must-read of this book. A topic that, in my perception, has been chronically overlooked by web designers and front-end devs at large. In some way that’s understandable. Optimisation and performance is very technical (and not visual), but technology is our lifeblood; we cannot be ignorant of its contraints.

Closing Smashing Magazine’s best book to date (did I mention that?) are two chapters on UX Design For Mobile, by Dennis Kardys and Josh Clark. I’ll leave you to discover the wisdom here as I feel this review is getting a little long, but following introduction and implementation, the UX perspective ends the book with a welcome human touch.

Jeremy Keith begins the forward, “this book is an artefact of its time”.

Smashing Magazine’s The Mobile Book is as timely as it is inspiring. A decade from now we’ll likely question its significance when the described world is one we take for granted. But without these ideas penned today, we’ll never build towards tomorrow.

It’s important to critique this book within the context of our industry right now. There are a lot of questions and no definitive answers. For that reason The Mobile Book is a little disjointed and ambitious in theme. I take no issue with that. Attempting to neatly package such ideas would be misguided and hollow. Instead this book establishes a mindset of understanding and exploring the medium. It embraces the breadth of its domain and will set you on an exciting path.