Step into my Time Machine!

Allow me introduce a fun project that I’ve had on the back burner for a while. A couple of weeks ago I redesigned my website, again. During ideation I collated backups and pieced together assets to recreate my old websites. Earlier versions existed before I used source control so I had to salvage parts from the Internet Archive.

After much toil, I’ve built a Time Machine!

In my time machine you can visit my website and see how it has evolved. I’ve only archived home pages. Sub-pages used a basic version of the same template. Pretty much all of the content remains accessible at the same URLs. Eventually I’ll install placards or build a virtual tour-guide. Until then I’ve documented a few notes on each iteration below.

Until I graduated in 2008 my website was a very simple portfolio. As a teenager I’d taught myself HTML, CSS, and Flash building GeoCities pages. Thankfully I never used Flash for my website or I’d have difficultly resurrecting it. At this time I had no plans to work in web development. My goal was a career in print-based design. 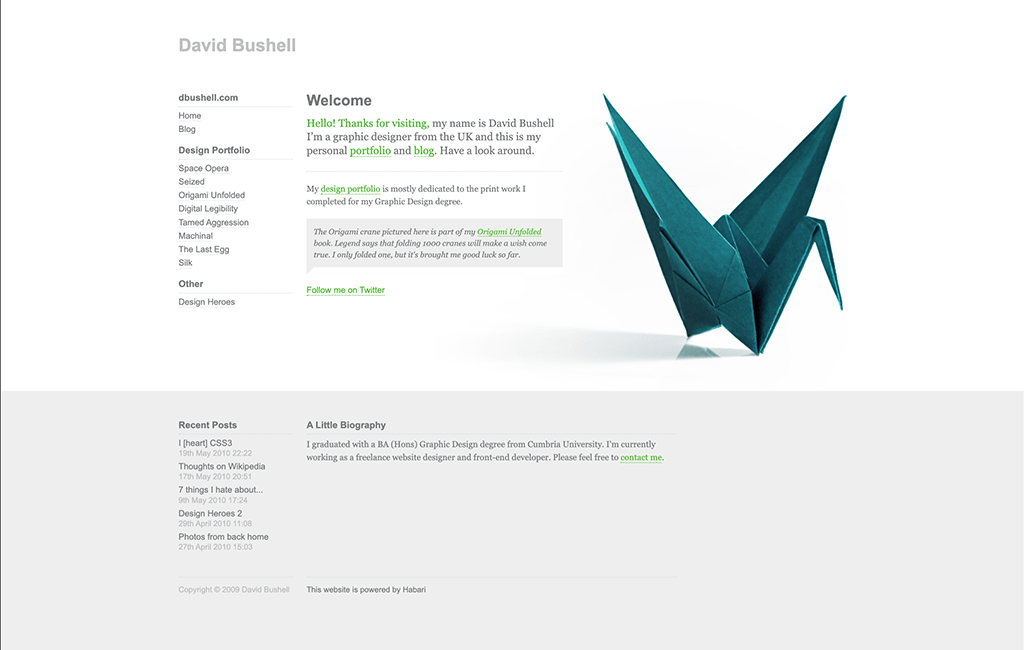 In the summer of 2008 my graduate class visited London for a design exhibition. At the last minute I managed to line up a job interview with Base Creative and started working there the following month. At the time I didn’t appreciate how big of an opportunity I had been given. It accelerated my web career and by 2009 I had started blogging. 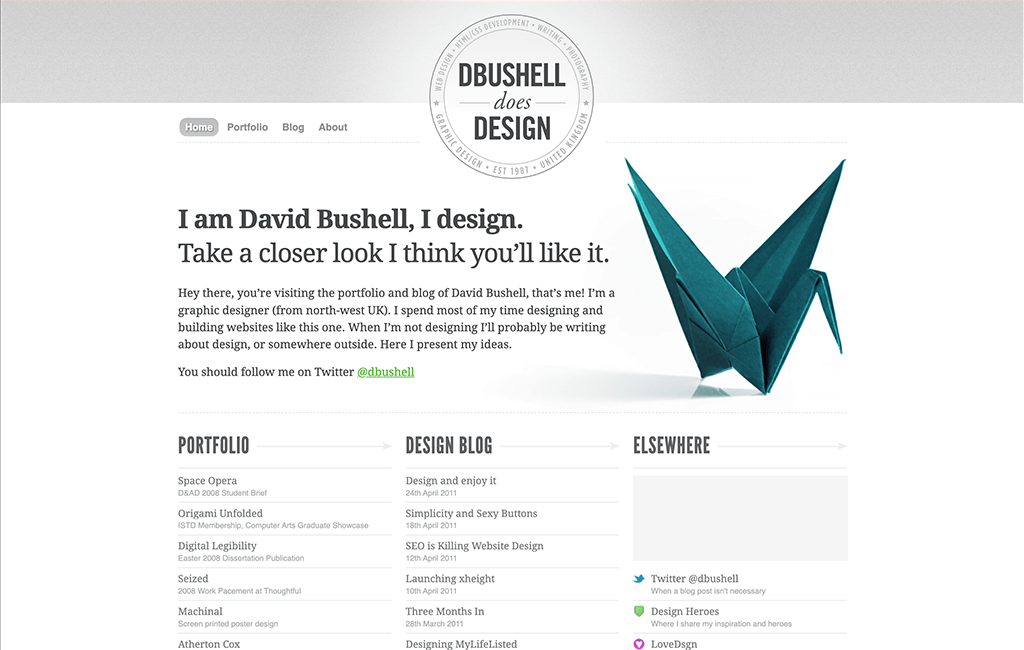 By 2010 my confidence and proficiency as a front-end developer had grown. My website was now built upon WordPress. I started using the roundel style logo that I’m still rather fond of. Droid Serif and League Gothic became my personal brand fonts. 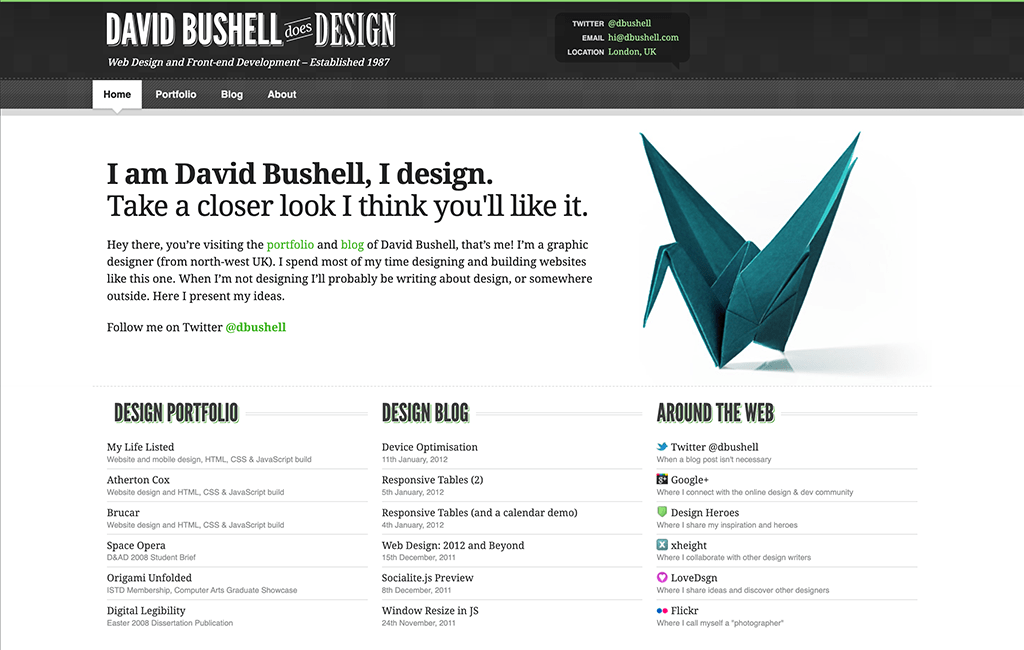 By 2011 I was all-in on responsive design and updated my website to reflect the development practices I was delivering at work. I reworked my logo into a more usable horizontal design. I could have done without those text shadows! 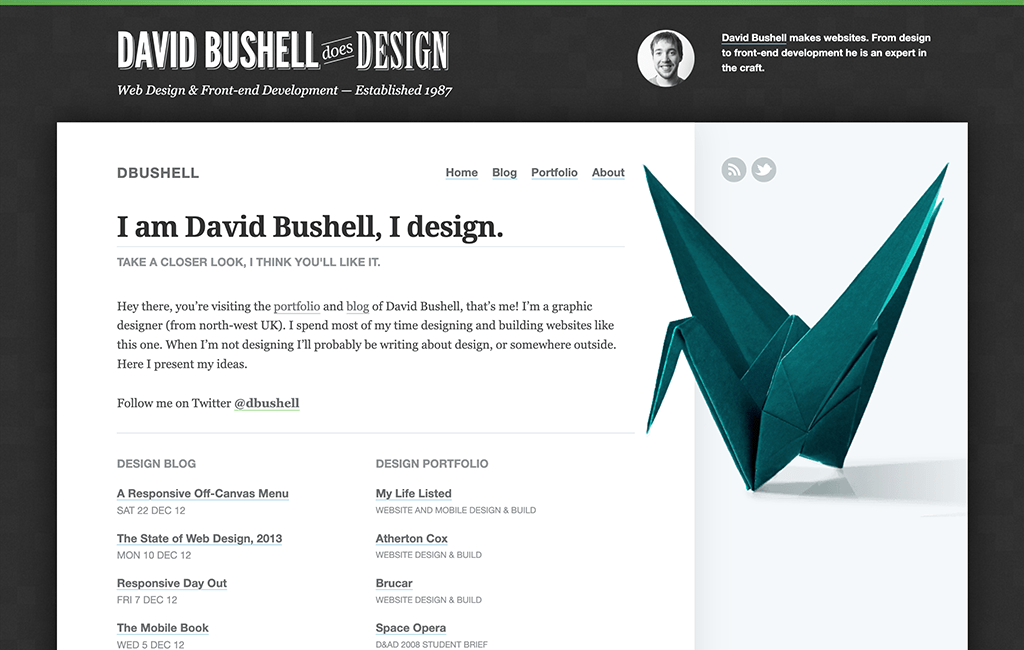 2012 is one on my favourites. I spent a great deal of time working on the typographic layout. It’s cleaner and more considered than the year before. At this time I was blogging heavily on the topic of progressive enhancement. I built this one to work everywhere from IE6 to a toaster. 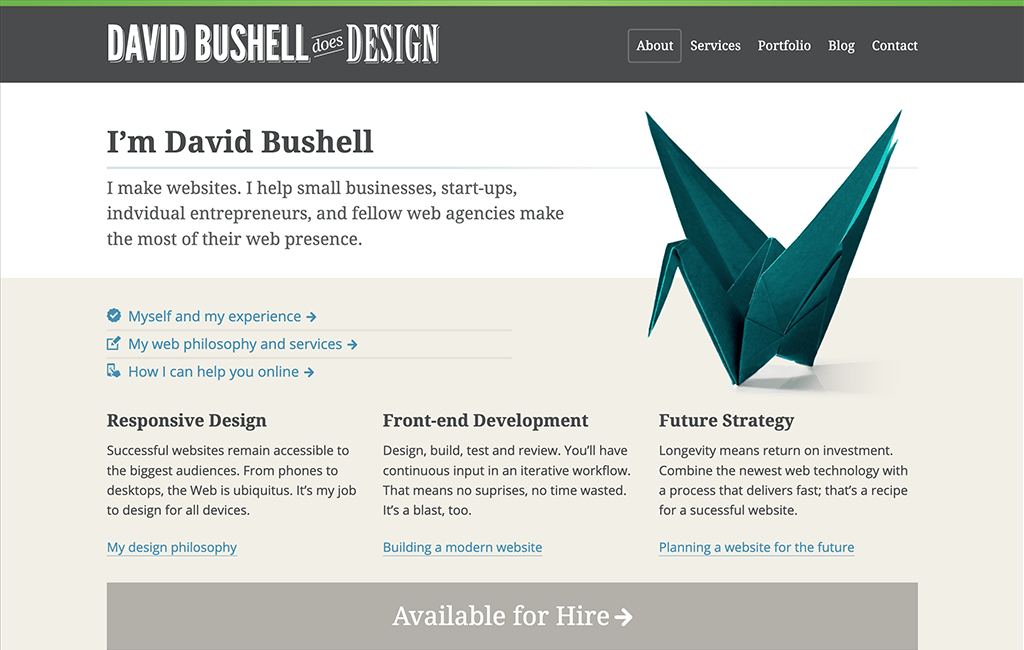 2013 is the year I moved out of London and started freelancing. This design reflects a change in content focused on my new business. Honestly though it’s a step backwards — it’s rather boring! In hindsight I probably didn’t need to change anything. 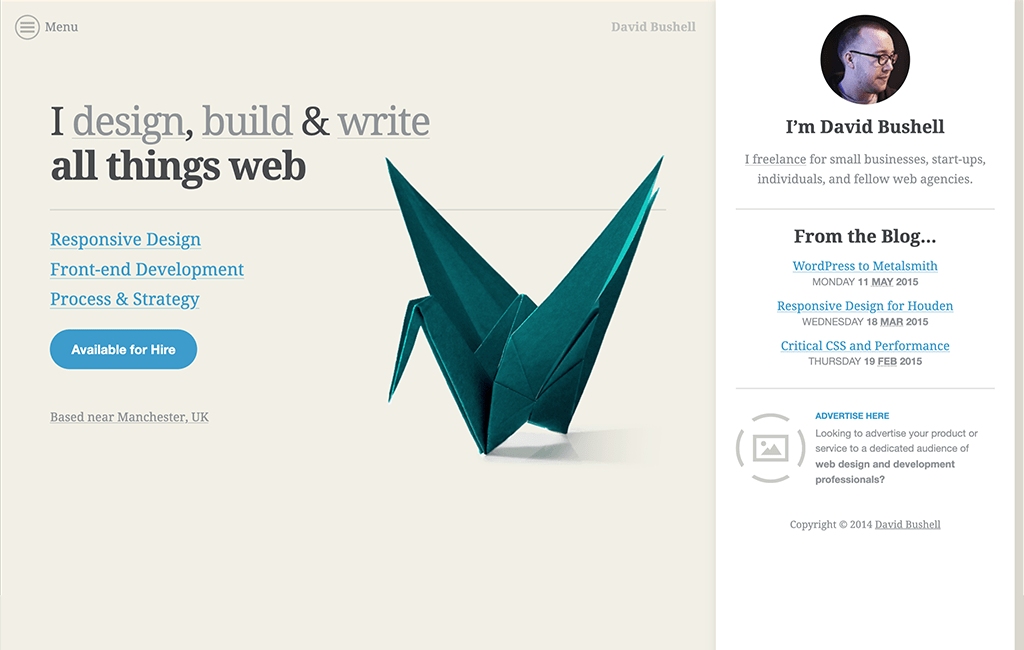 By 2014 I had grown to dislike the previous version. In response I came up with a more interesting layout that worked especially well across different breakpoints. Whilst this one is visually appealing it does lack content. I also ditched the use of a logo entirely. 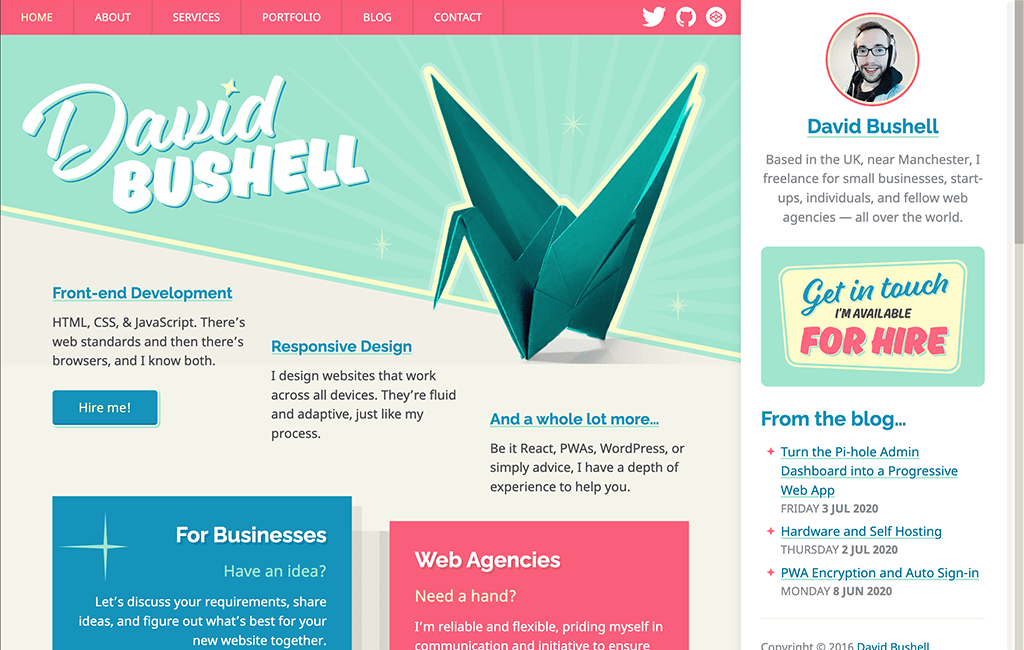 2016 – a new logo! I hadn’t intended it to be a logo but I cemented that idea by using it on my invoices. As I discussed in my 2020 redesign I might have overdone the colourful style. It was quite a bold change. I am surprised this version lasted for four years. Perhaps a sign that I’m getting older with a healthier work-life balance.

That leads us to the website you’re viewing now. Unless you’re from the future. It’s cool to see the steady progression of my design over the last decade. The use of green and the origami crane mascot have been a constant feature.

During the ‘00s I would have called myself a designer. I was fully invested in an art & design education. We’re now in the ‘20s and it’s fair to say the term “developer” is more accurate. That said, there is still a lot of cross-over building stuff for the web. There’s no better opportunity to hone those skills by experimenting with my own website.

Which version do you like best? Let me know @dbushell